In my view, one of the most interesting and useful changes in the 2020 release of MadCap Flare was the enhanced Find Elements tab of the Find and Replace in Files window. This tab existed in the previous version of Flare, and you could use it to easily locate specific structural elements such as html tags and classes within your content. The significant change in Flare 2020 is that you can now automatically replace or take other specified actions on the items that you find. Also new is the ability to combine search criteria in order to narrow down the results — for example, you can find a certain tag that has a specific attribute.

The following sections describe a range of different use cases for this powerful new feature.

You can use Find Elements to remove all spans that have been used to apply inline formatting. To do this, you would find all span tags that have an attribute of style, and specify a Replace/Action of Unbind Tag, as shown below. 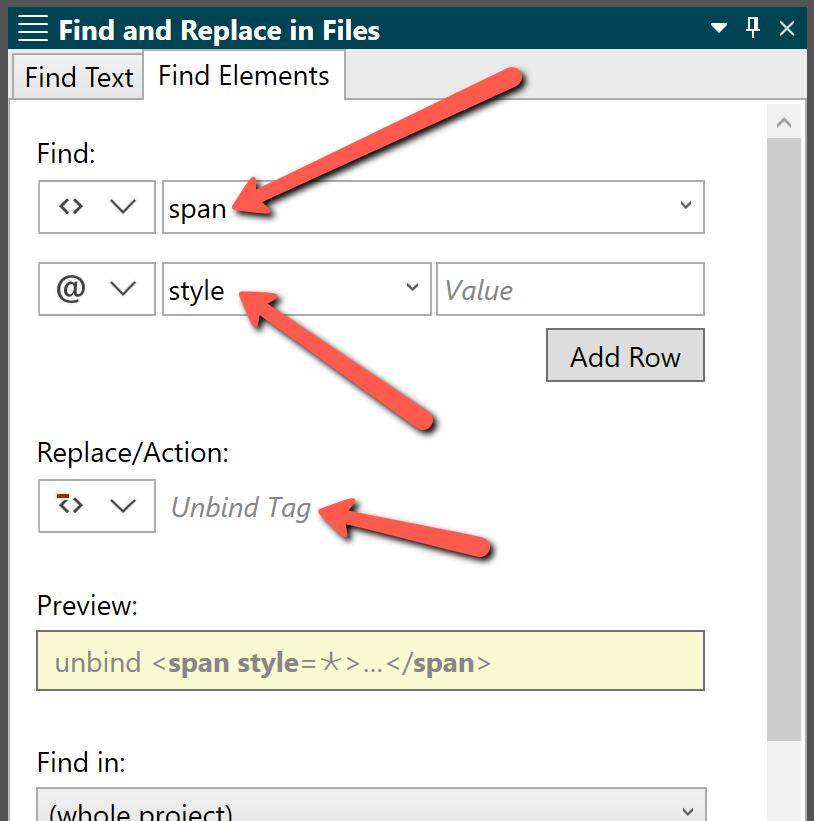 Finding and replacing h3 with h2

This task is quite straightforward — you would find a tag of h3 and the Replace/Action would be Set Tag h2. You can be selective about the replacements by clicking Find Next for some occurrences of h3 and Replace on others. Flare will, of course, take care of the closing </h3> tags automatically as well.

It is not uncommon for these style attributes (specifying a font such as Arial) to be present in content that has been imported into Flare, and they can cause problems if you need to change your default fonts by updating your stylesheet. 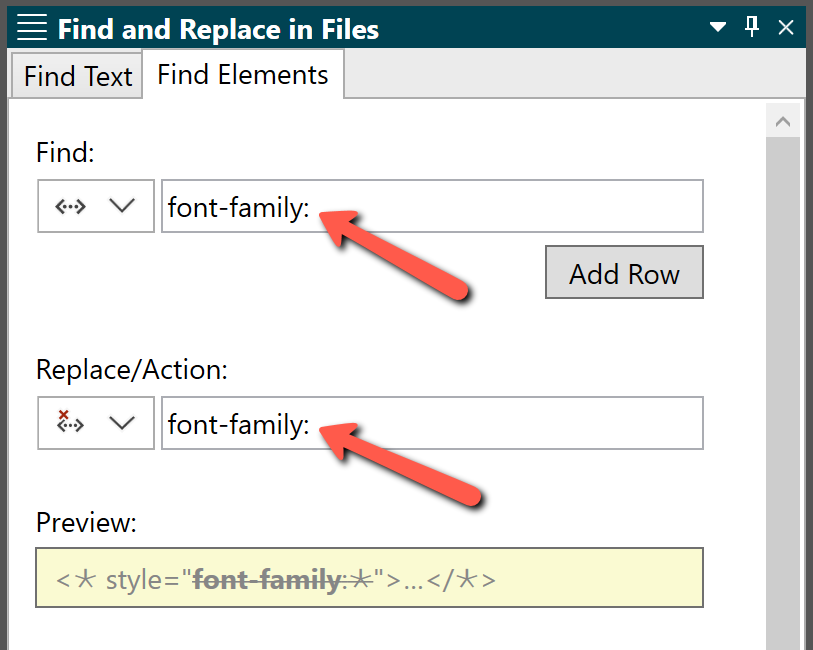 The risk here is that you could be left with redundant span tags with no attributes, if font-family were the only inline format set by the span. Here is an example of what you could end up with:

Although the span tag is not causing any harm, it is now completely redundant, and it would be nice if there were some easy and automated way of unbinding these redundant tags. I can't see a way to do this using Find and Replace Elements, and would probably have to resort to using Regular Expressions in the Find and Replace Text tab.

Finding and replacing b tags with character styles

This is achieved by replacing b tags with a span class such as "UI-Term". In other words, you are changing the tag from b to span, and adding an attribute. Since Find Elements does not allow you to specify more than one action, you have to do this in two steps:

So, you would start by finding all b tags and using a Replace/Action of Set Attribute class UI-Term (as shown below). 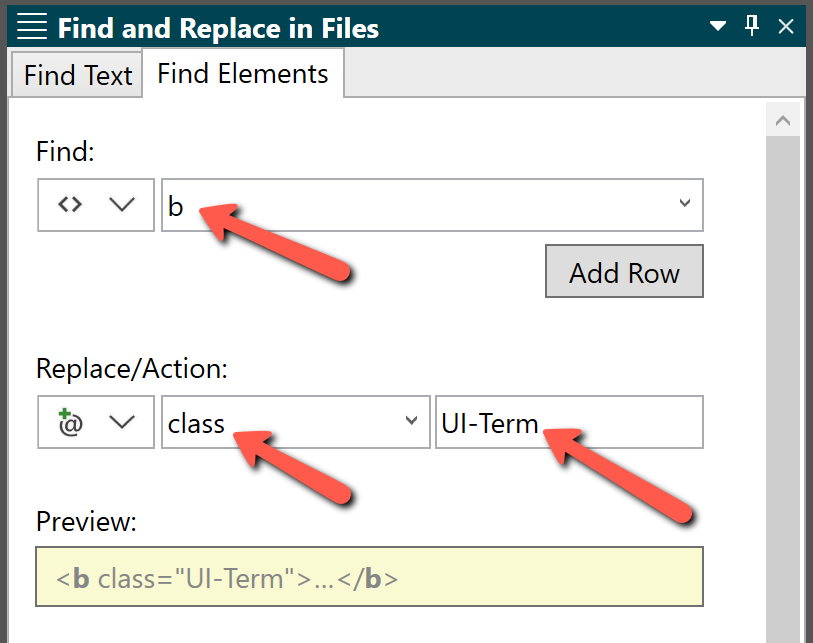 This results in all your b tags appearing like this in your source XHTML code:

Then you would find all b tags with a class of UI-Term and use a Replace/ Action of Set Tag span as shown below. 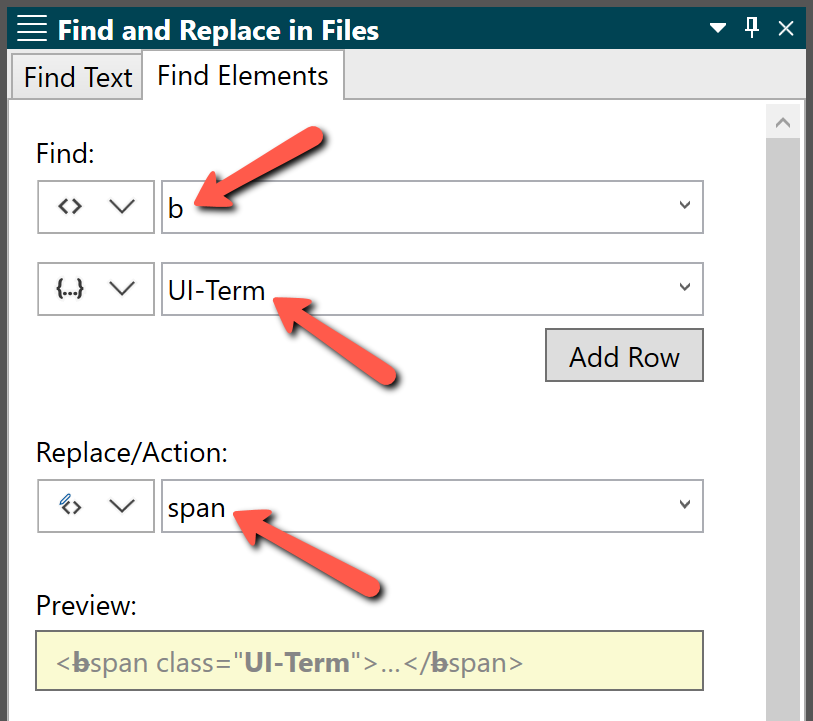 The final result would be this:

Inline list-style-type attributes are undesirable as they override the liststyle- type attribute specified by your style sheet. This can lead to inconsistent use of bullets or numbering.

You can remove these inline liststyle- type properties by finding Inline formatting of list-style-type: and removing it (you need to type the same code into the Remove Inline Formatting field), as shown below. 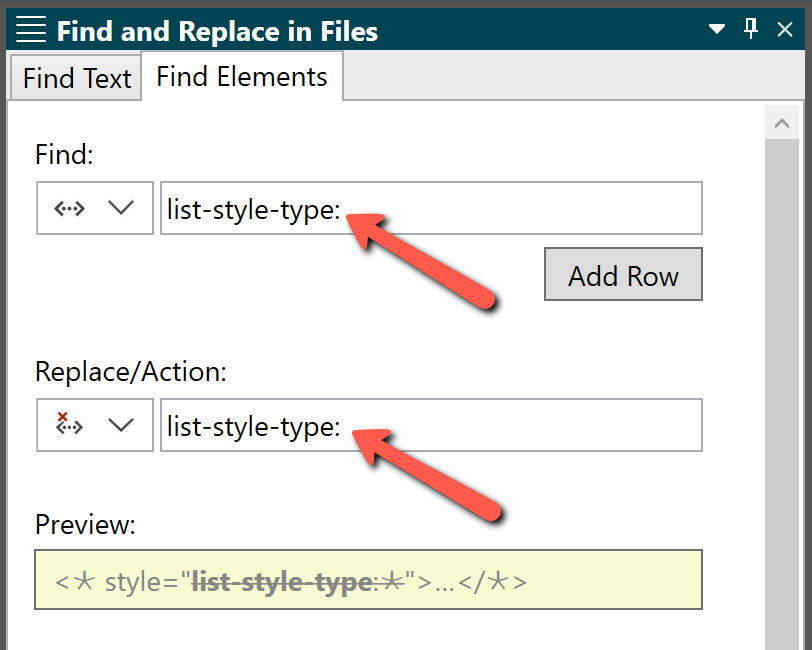 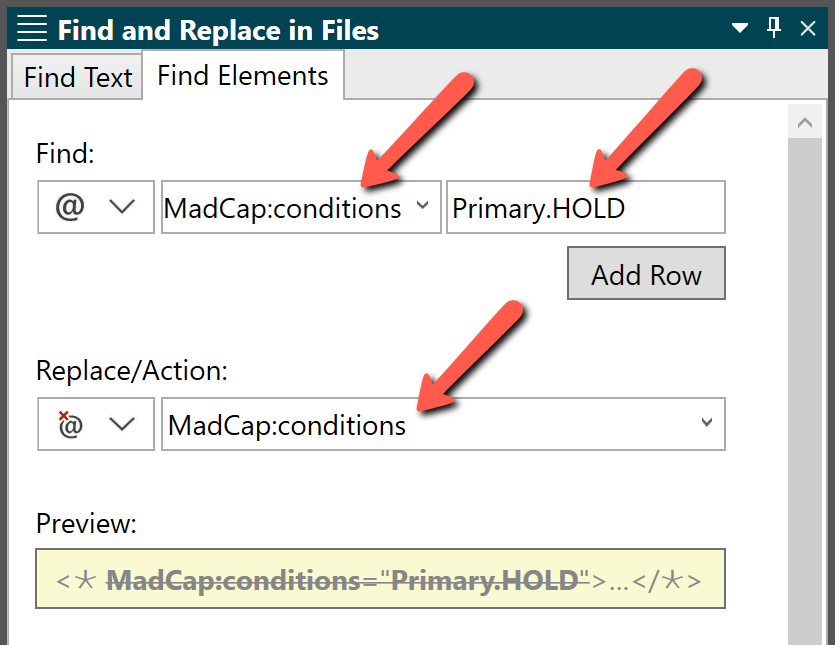 I was thinking that it would be useful to be able to automate the process of wrapping an image and its associated caption paragraph within a div, but I couldn't see a way to do this using Find Elements. This is because I would need to be able to find a specific combination of two different tags. Perhaps this will be possible in a future release?

An introduction to regular expressions (O'Reilly)